The Martian Rose had its first viewing. This is an installation by c-lab and plays with romantic and destructive ideas surrounding life on Mars. The rose shown had been exposed to martian conditions for six hours.

The initial proposal for The Martian Rose involved genetically engineering a rose for stress tolerance in extreme environment. Part of the research revolves around alienisms, symbolism, ornamentation and culture. Dreaming of a Martian rose is a rather naí¯ve delve into symbolic and perhaps visual imagery, but it doesn»™t offer any consolation in terms of beauty «“ it»™s poetic imagery merges with the harsh conditions of its destination (Mars) and the alien is created. The Martian Rose exhibit shows the first part of this research/journey by opening avenues for interaction with a terrestrial rose pre-subjected to proxy Martian parameters.

The Martian Rose attempts to stay within the framework of botany and intends to look at reconstruction of life for extreme conditions which would include the potential aesthetic breakdown through genetic conditioning (i.e. no flowering) as well as carrying a romantic idea of giving a rose for Mars. Discussions around the project led us to reformulate to its future stand «“ which considers more suitable biological specimens – extremophiles. This is perhaps less romantic but allows us potential habitational environments (ecologies). A proposed avenue is to alter the actual planetary parameters in order to find abstract zones or spaces where life can exist and to investigate what extent this life becomes otherness. As an artistic research the aim is not to produce new scientific knowledge but to open artistic areas in primarily scientific spaces and to address cultural aspects and experiences that also take place. Our overall aim will attempt to explore strategies of engagements, experiences and interactions with live biological specimens within a biochamber initially conditioned to a Martian environment.

As the project is still in process, we will publish the experiment details (which will take place at the Mars Simulation Laboratory in Denmark) on our site, prior to the exhibitions. 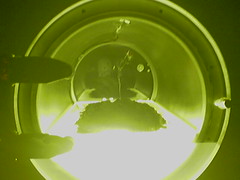 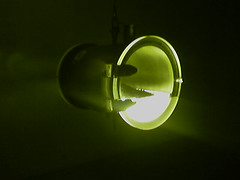